An SBM surprise is coming 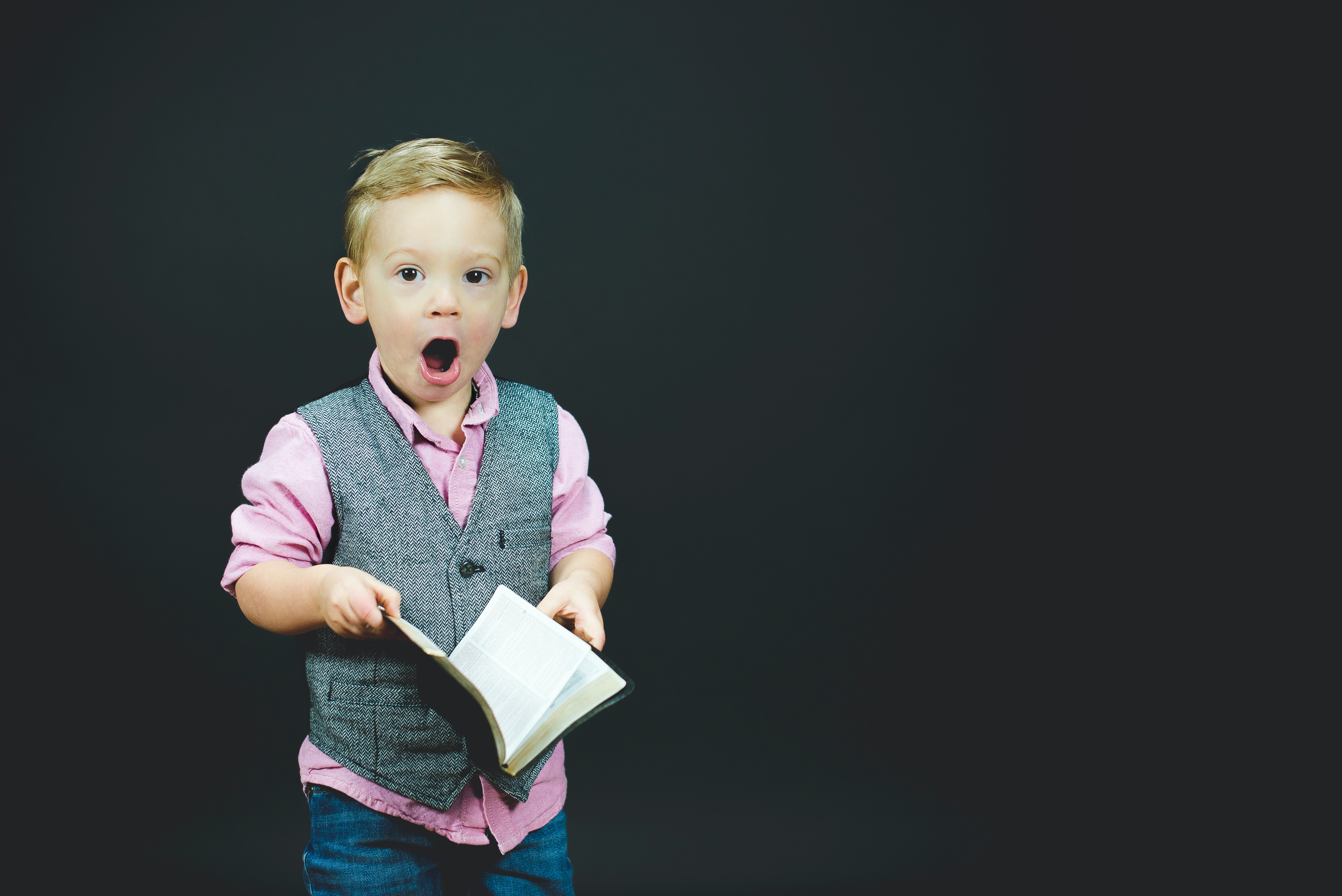 We have a big surprise coming at this year’s SBM annual meeting. Here are some hints:

Stumped? Just hang around after the awards ceremony on Thursday evening (immediately following my talk).

Hate guessing games? Read my editorial in this month’s edition of Outlook.

See you in NOLA!

I’m thrilled that our labor of love has been acquired by Anthem. I’ll have a lot more to say soon, but let’s go with this for now:

Thanks, Kate. Thanks, Dori. Thanks, Leah. Thanks, Users. Thanks, Starbucks (they open early).

Brands matter a lot [in science] I’d like to observe that the term “behavioral economics,” as it is used today…that’s really social psychology… It’s principles about how to affect behavior. And it is remarkable, and some people find it sad, that social psychology had to disguise itself as economics before it had an impact on the culture.

And that’s because economics has a better brand than psychology.

Maybe Justice Roberts might rethink his view of sociology as “sociological gobbledygook” if we just decided to call it socio-statistical finance?

Maybe, I am possibly considering taking a potential student next year 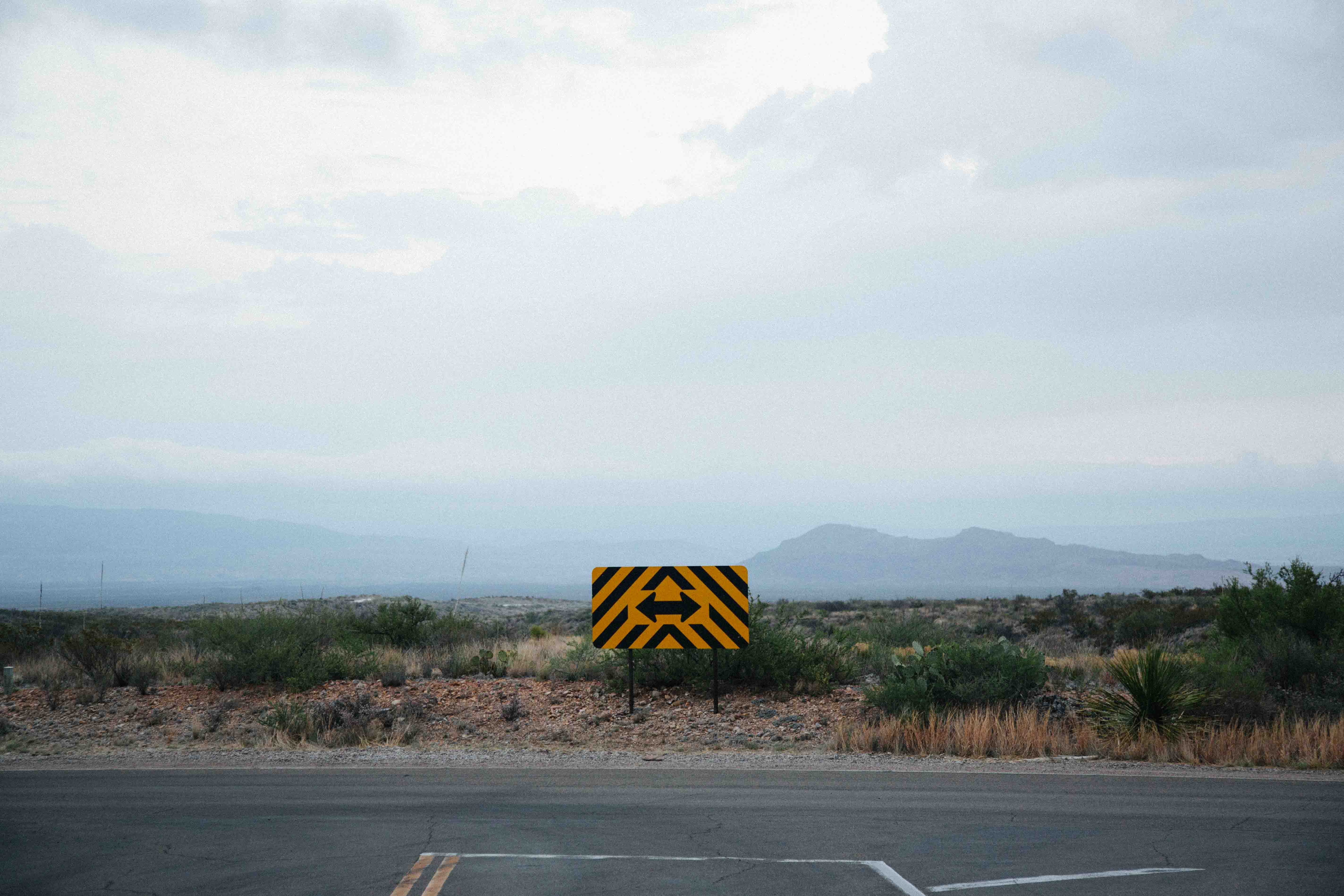 Thanks for all of the messages asking whether I will be taking a student next year.

Short answer: I am not committing to taking a student, but I will be reviewing applications. Here’s who we’re looking for. (Thanks @Hoyaheel22)

Time to extend our reach 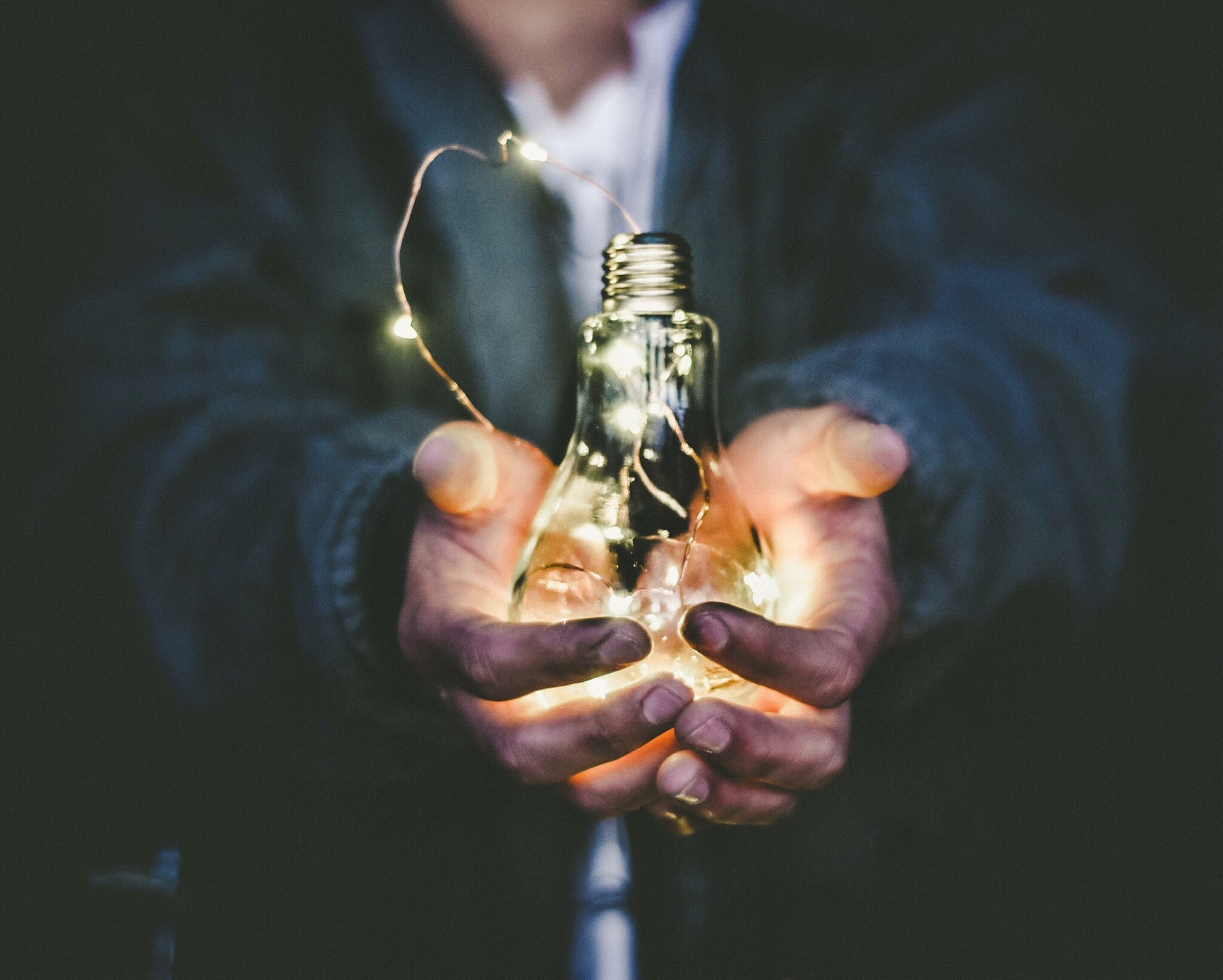 Our message to the behavioral medicine community (and anyone else who wants to ensure healthcare access in the U.S.).

This is a critical time for the field to extend its reach beyond the bounds of our profession. In the current popular context, our science is at best unrecognized, and at worst, devalued. This is perhaps best exemplified in the efforts to reform and repeal the Affordable Care Act; despite the clear long-term economic benefits of broadly implementing behavior change solutions, prevention has been all but ignored (except for defunding the Prevention and Public Health Fund). Similar efforts have been undertaken to reduce the federal funding that supports the majority of our research. It is particularly timely to engage with industry; they are a primary dissemination channel for our innovations, an increasingly common employer for our trainees, and always a potential source of research funding. In just the past decade, multi-billion dollar markets have emerged—most notably in digital health—with little inclusion of behavior change science. Given the field’s historical challenges with dissemination and its increasing interest in the area, it would be folly to ignore the primary conduit of health innovations to the public. Without greater public engagement, Americans will remain challenged in their ability to discern good behavior change information from bad. As was well demonstrated in the 2016 presidential election, it is particularly important for the field to communicate with segments of the public that have been traditionally uninterested in, or suspicious of, our science. When we disengage from those who reject menu labeling or beverage taxation policies with cries of, “nanny state,” we neither win the battle nor the war. We are not ignorant as to the challenges we face and we do not believe that engagement alone will solve these problems; however, it is undeniable that our disengagement will confer no benefit.

Talks don’t get better than this

We scientists [should] spend a lot of our time thinking about how to convey information in a manner that will activate an audience. Jobs’ introduction of the iPhone is a master class in giving a compelling talk. Jobs wasn’t a perfect orator — he had a odd cadence, was a little stiff at times, and wasn’t as warm as the best speakers. But Jobs had passion and you feel that in the iPhone keynote. It’s best passage:

This is a day I’ve been looking forward to for two-and-a-half years. Every once in a while, a revolutionary product comes along that changes everything. … One’s very fortunate if you get to work on just one of these in your career. Apple’s been very fortunate. It’s been able to introduce a few of these into the world. In 1984, we introduced the Macintosh. It didn’t just change Apple, it changed the whole computer industry. In 2001, we introduced the first iPod, and it didn’t just change the way we all listen to music, it changed the entire music industry. Well, today, we’re introducing three revolutionary products of this class. The first one is a widescreen iPod with touch controls. The second is a revolutionary mobile phone. And the third is a breakthrough Internet communications device. So, three things: a widescreen iPod with touch controls; a revolutionary mobile phone; and a breakthrough Internet communications device. An iPod, a phone, and an Internet communicator. An iPod, a phone … are you getting it? These are not three separate devices, this is one device, and we are calling it iPhone.

Talking our way to better health: what’s next

I’ve been dictating papers, notes, emails for more than 15 years (and have a copy of Dragon Naturally Speaking v1 and a closet full of mics to prove it). Some of you know that I regularly dot my spoken langauge with dictation hyphen speak comma and frequently don’t know that I’m doing it exclamation mark.

So, I think there is great potential for the voice interface movement (see the Amazon Echo, Siri, Cortana, etc) to revolutionize the way that we interact with technology. We’re still in that early haphazard phase, in which companies are trying to inject voice into every box, app, tool, and small animal monitoring device — all to see what sticks. This is pretty common in the lifecycle of new technologies (see wearables — who exactly needs pulse ox), and I think we’ll soon see that voice interfaces have huge potential in digital health. Voice will help us improve accessibility, a much overlooked challenge for digital health apps. But just imagine the improvements we can make in hard-to-monitor factors like eating, activity, symptoms, and mood.

And with price points dropping on voice tools (like Amazon’s Echo Dot), there is potential to make voice entry ubiquitous.

(This is not an Amazon commercial — really — but) Amazon is making it easier than ever to make conversational voice (and text) agents with their new Lex framework.

Next time, #thinktwicebeforeyouapp and go voice.

(In case you’re looking for something to take your mind off the election, watch this).

I was thrilled to close out the Duke Forward road events in New York City, along with my graduate student colleague, Shelley Lanpher. Shelley and I talked about our work using digital health to improve obesity treatment in medically vulnerable populations.

Oh, and make sure you #waitforit — there’s a “surprise” reveal at the end.

When genetic tests are basically horoscopes 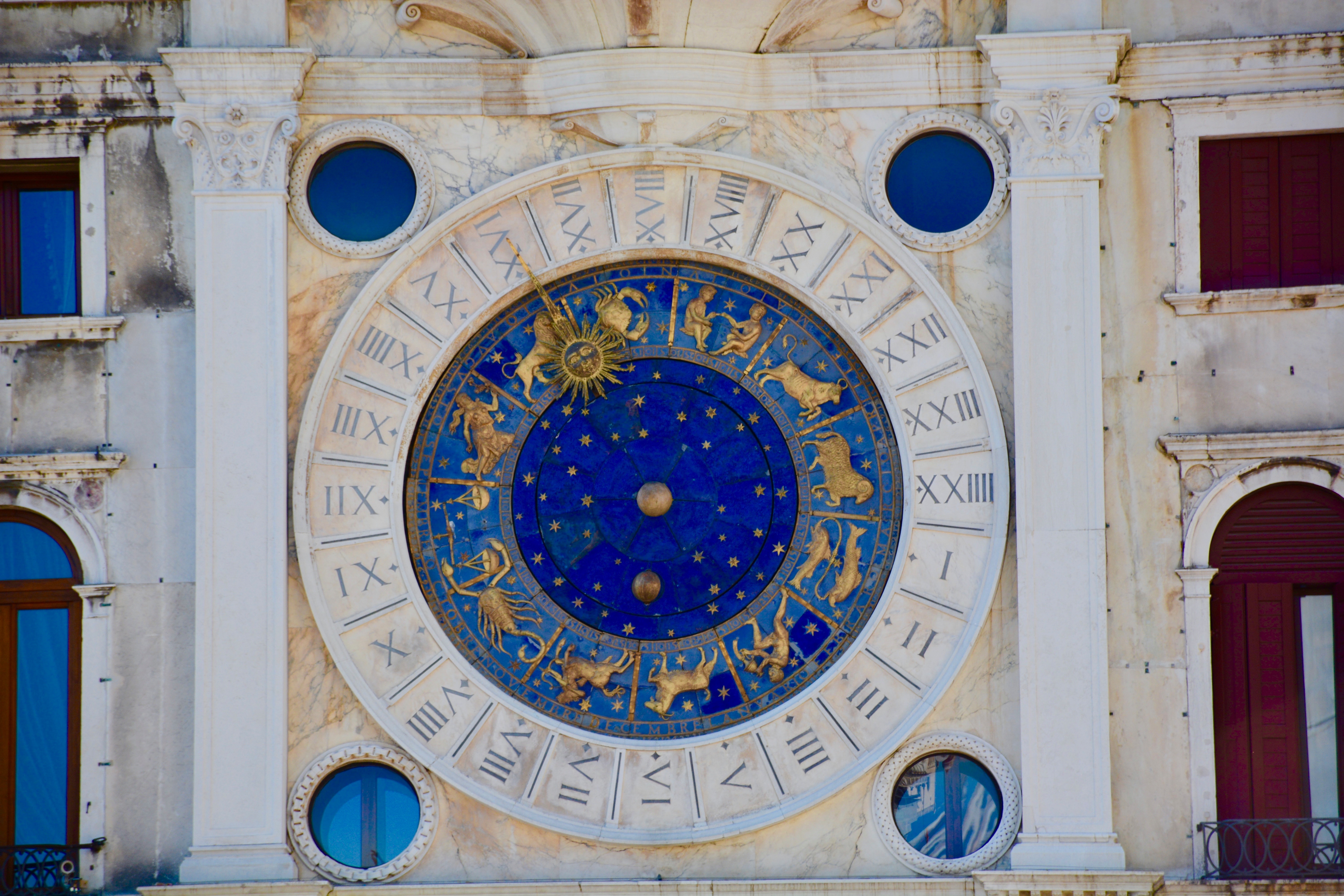 Fantastic piece in today’s Inside Stat.

The tips I got back were almost comically generic. One piece of advice from Kinetic Diagnostics on how to compensate for my increased risk of muscle cramping? “Do proper stretching and muscle warm ups before and after exercise.”

DNAFit’s recommendation to make up for a variant that predisposes me to to see fewer gains from endurance training? “Stay sufficiently hydrated.”

Kinetic Diagnostics said I was at elevated risk of high blood pressure; DNAFit said I was likely to experience fewer problems with blood pressure. They both offered the same advice, supposedly tailored to my genotype: exercise.

(When I later asked them about this recommendation, the companies acknowledged that such advice could benefit anyone but insisted that people with my genotype would find it especially useful.)

I suspect that this will mostly be interpreted as an indictment of the athletics genetic testing “industry.” And, they seem to deserve it. But there’s a bigger issue here: many similar companies enter the market with laughably limited evidence that their “personalized recommendations” are actually informed by science.

Then there were the interpretations that flat-out contradicted one another.

The tests each looked at different regions of my genome — which may have been necessary to distinguish themselves from their competitors, but which in and of itself suggests just how much this field is in its infancy. So it wasn’t possible to compare the complete results from each company head-to-head.

But among the scores of data points, I found 20 genetic variants that showed up on two or more test results. The companies all gave me the same genetic readout on those variants, so I have little doubt they correctly analyzed the cells in the cheek swab I’d sent them. In six cases, however, the interpretation I got from one company directly contradicted the interpretation from another.

I’m sensitive to the idea that [the long time it takes to generate] evidence frequently slows the process of bringing innovative tools to market. However, this is a helpful reminder that speed can also disadvantage consumers (while rewarding founders).

Go it alone and you [probably] won’t lose weight

The self-help route has not been successful for most. Ninety-four percent of the survey participants who were obese had tried to lose weight with diet or exercise, to no avail. A quarter of those people said they had tried five to nine times, and 15 percent said they had tried more than 20 times.

“Trying 20 times and not succeeding — is that lack of willpower, or a problem that can’t be treated with willpower?” asked Dr. Louis Aronne, the director of the Comprehensive Weight Control Center at Weill Cornell Medicine and NewYork-Presbyterian, who was not involved with the study.

Too many Americans (read: most all of us) are attempting weight loss using approaches that have no evidence base. Upwards of 1 in 5 American deaths is related to obesity. Obesity causes a wide range of health conditions that sap our physical function, quality of life, and money. And yet, we’ve become all too comfortable treating obesity with what amounts to well intentioned snake oil. I challenge you to think of another chronic disease where we embrace treatments that, well, don’t work.

How did we get here? Too little training in med school, too little [and otherwise anemic] treatment reimbursement policies, research that focuses on scaling outcomes vs scaling treatments, and lots and lots of stigma.

We have to do better.